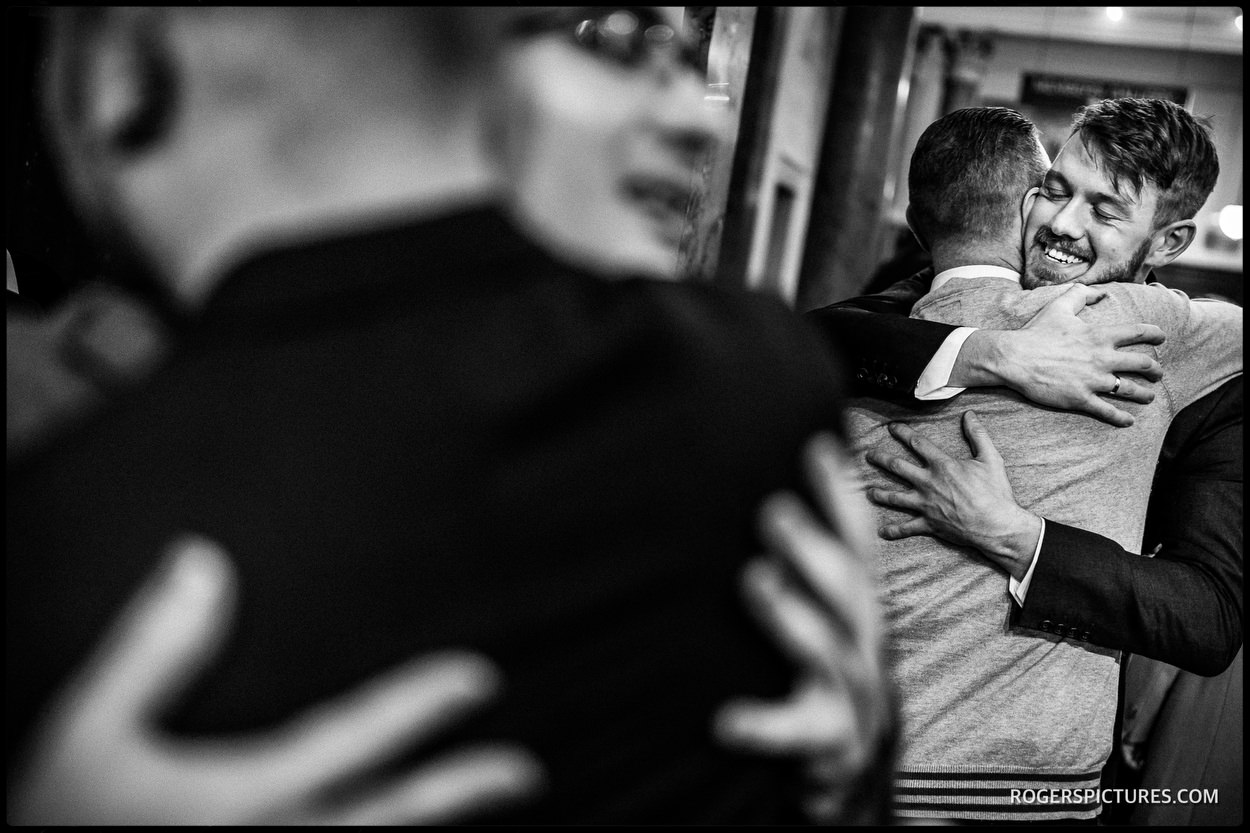 I’m delighted to have received another 4 WPJA Awards in the latest wedding photojournalism awards. The Wedding Photojournalism Association is a worldwide organisation that concentrates on genuine moments captured by the worlds best documentary wedding photographers. As I work as a documentary photographer, without orchestrating or setting up pictures, it’s always a great honour to have my work recognised in the WPJA Photographers Awards.

My photography concentrates on the emotional connection between people at weddings, and that connection is evident at every single wedding I’ve photographed. It’s what makes documentary photography such a powerful medium for recording the events at a wedding – a day filled with emotion and human interactions. There really is no need to stage pictures at all! This contest round was limited to images made from the start of the year. I had two superb same sex weddings early this year, and I’m delighted that images from both weddings was featured in these awards.

These two pictures were from Emma and Ruth’s wedding at Chelsea Town Hall and the Gore Hotel back in January. The moment that they’re holding hands divided by the door is one of my favourites from this wedding. They had just spoken their vows to each other, before setting off for the ceremony at Chelsea Town Hall. The second image of the champagne glass is a great detail image which fits into the whole story very well. Check out their blog post to see the full set. 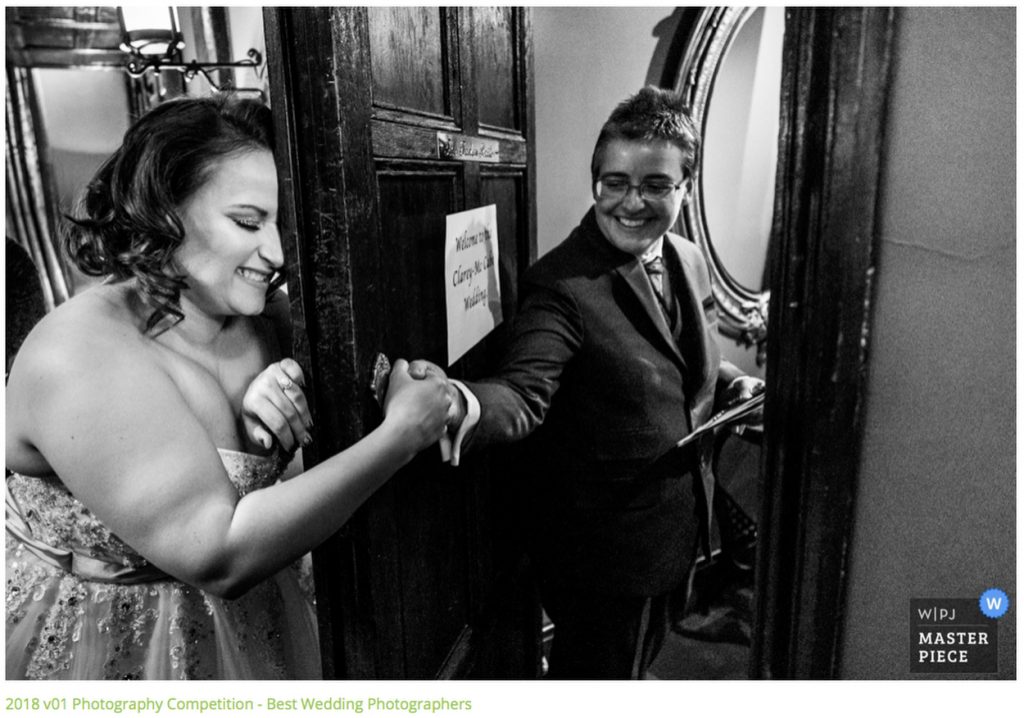 This image below is from Dean and Ciaran’s Patch St Paul’s Wedding Photography from just a couple of weeks ago. Again, it’s the human interaction and connections that really drive my wedding photography, and the moments immediately after the ceremony are always full of these picture opportunities. While hugs happen fairly quickly, by anticipating a moment and watching how people behave, it makes it easier to find the right position to frame the moment in an aesthetically pleasing way. 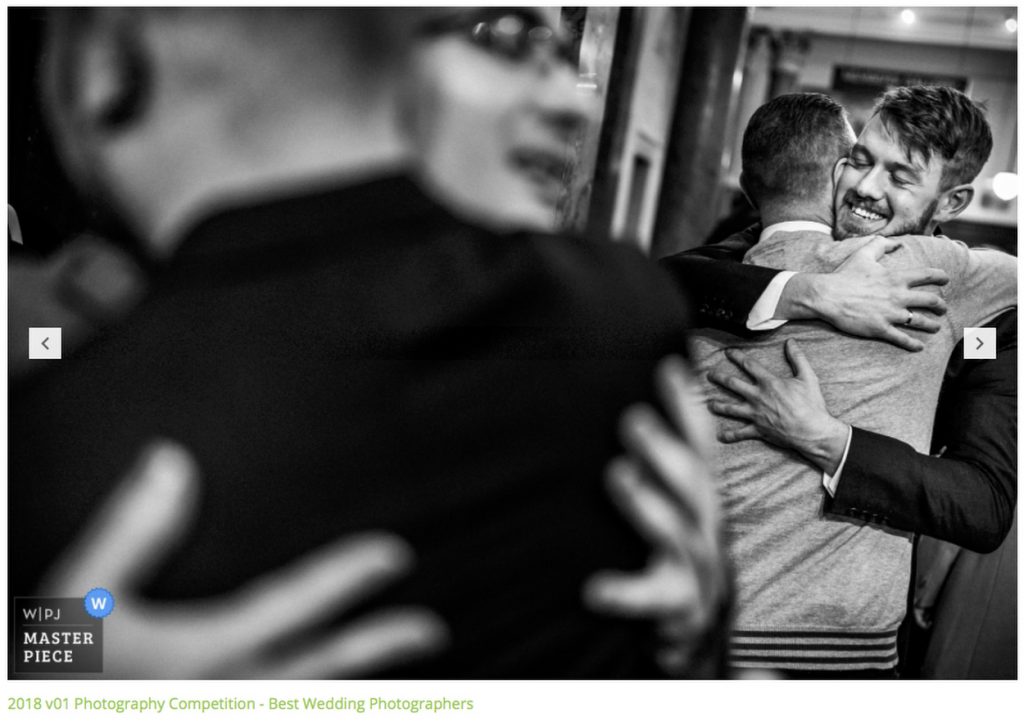 Finally, from Emmie and Krishna’s Winter Wedding at North Cadbury Court, here’s a classic moment before the newly weds enter the wedding breakfast. Again, by watching and observing peoples behaviour, it’s relatively easy to predict where great moments are about to happen. Then, it’s just a case of selecting the right place to stand, the best lens to say what you want to say in the picture, and then timing the exposure to perfection. The 18mm lens here has allowed me to tell the story much better, making it obvious to the viewer that Emmie and Krishna are having a quick moment together before being announced into the room. 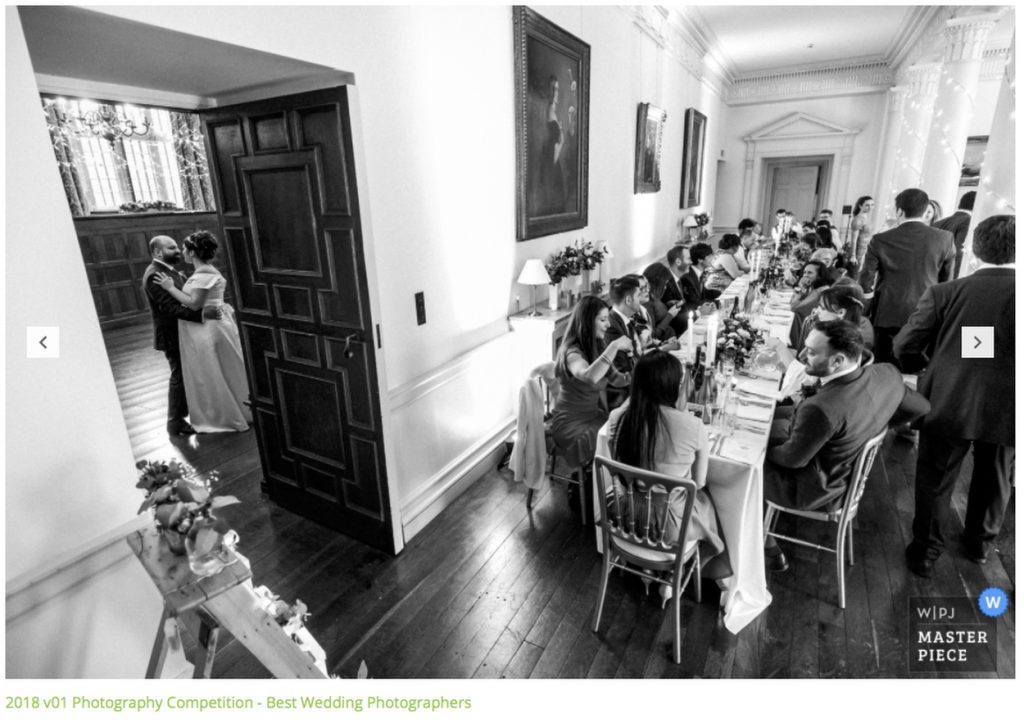 Here’s my WPJA photographers profile, if you’d like to see which other images have been awarded in the past. Don’t forget to check back later in the year to see if any other images make it into the WPJA Photographers Awards this year.