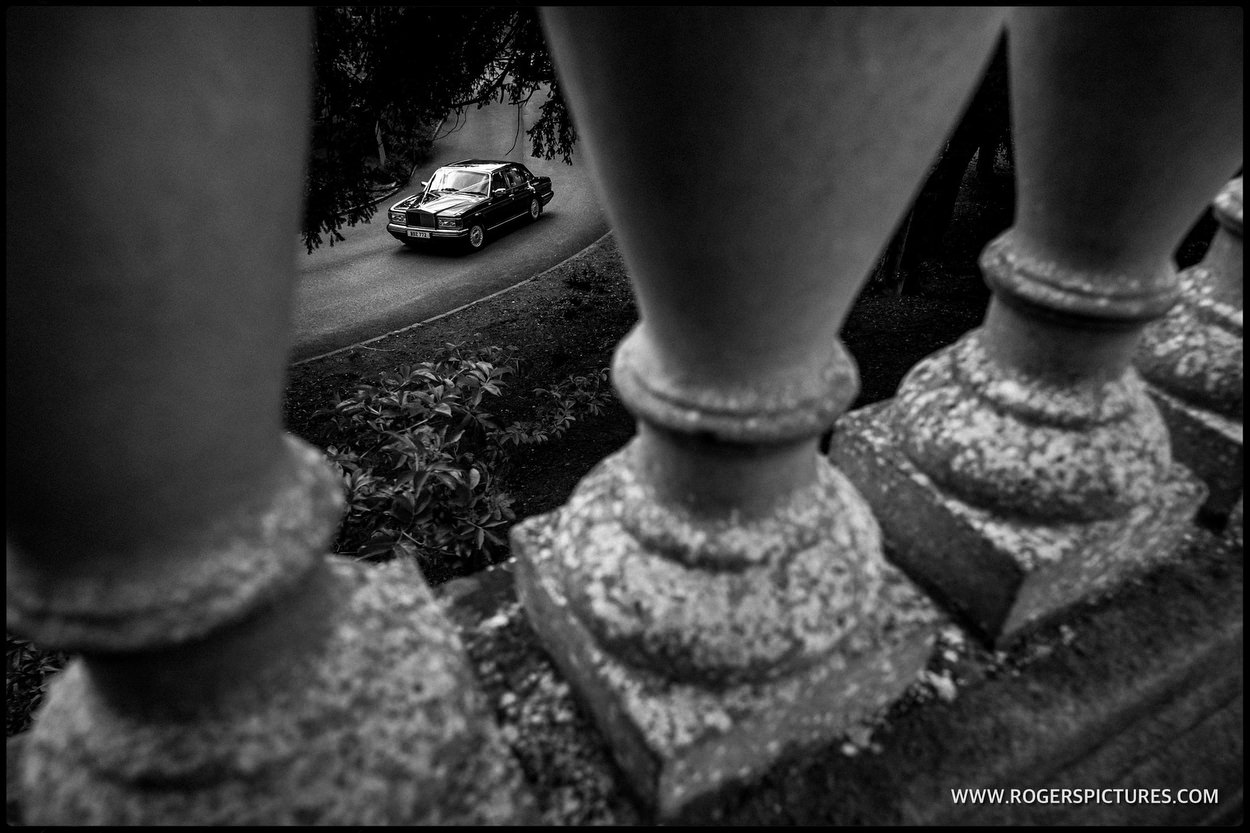 So 2016 has begun with a couple of awards in the third quarter contest of the WPJA, the Wedding Photojournalist Association. It’s an International organisation that focuses on documentary wedding photography or wedding photojournalism. It’s one of the only organisations I belong to because of the strict requirement that photographers approach photographing a wedding with the minimum of direction and orchestration.

This first image won an award in the Patterns and Shapes category. It was shot at Ffiona and Joe’s wedding at the Wood Norton Hotel in Worcestershire. I’d already photographed Ffiona’s preparations at home and had arrived at the hotel early to photograph Joe and the guests arriving. Whilst having a look around the grounds for a location for some portraits, I noticed a delivery van driving up the winding driveway, and saw that I could use the balustrades to frame it. I knew Ffiona was arriving in a Rolls Royce, and combining that element of their wedding with some of the venues architecture seemed like a great picture.

I chose to shoot it with my Fuji XT-1 and the manual 12mm lens – the widest lens I carry with me. I pre-focused on where the car would be, and stopped down a little to give a little more focus to the stonework, though I still wanted a fairly shallow depth of field. Then I waited. She was due any minute, and eventually I could see her car through some trees, parked up at the bottom of the drive. I had to wait it out, knowing this would be a key transition image from Ffiona’s preparations to the ceremony. I waited for around 10 minutes before the driver delivered the bride, ever so slightly late, to the wedding. It was worth the wait though.

This second photograph is from Karina and Mike’s Zoroastrian ceremony at Stoke Place Hotel.

It was a fabulous wedding to photograph. After the Zoroastrian ceremony, there were a lot of congratulations and hugs for the newly weds. At this point, I generally like to concentrate on the emotions of the family and guests rather than the couple, who will be photographed a lot during the rest of the day. Mike and Karina were still seated, so I got down on my knees and used a 24mm lens to frame this moment. My cameras are quiet, and I’m constantly aware of whether my presence is affecting the moment. But getting in close and using this lens gives the image a sense of intimacy that a longer lens would not have. I chose to display this in black and white to concentrate on the emotional content – the light here was very mixed, and the resulting colours in the image would have been a distraction.